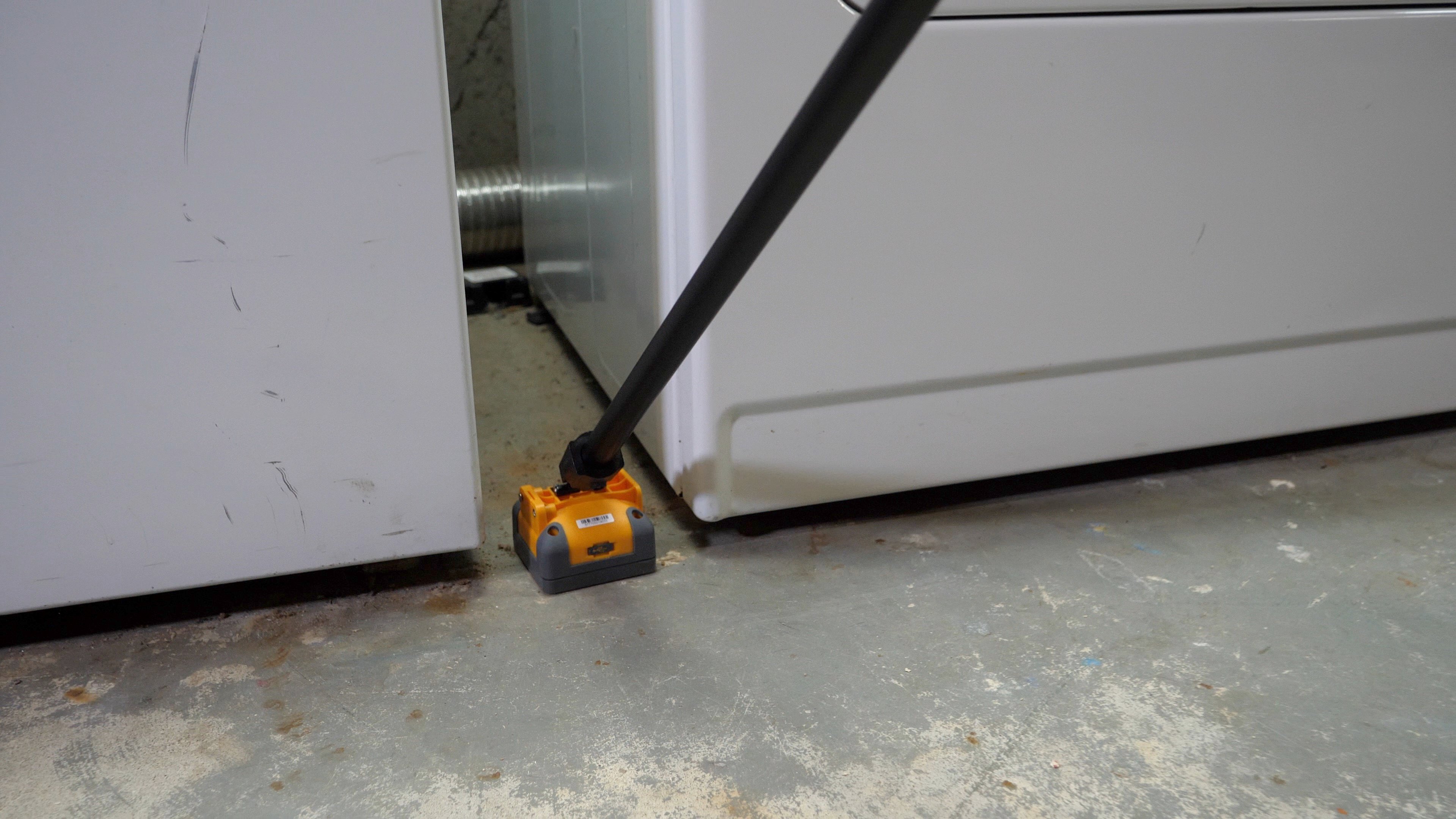 The last thing any commercial flooring contractor wants to deal with is redoing a job. That costs time and money.

Like other materials covered by flooring, concrete slabs are susceptible to moisture. Water vapor moving through a concrete slab can ruin a brand new floor in short order, causing a host of problems, such as warping or adhesive emulsification. These issues are not easily fixed and usually require a major investment in a moisture mitigation system and new flooring (something an installer may foot the bill for).

Checking moisture content in a concrete slab is an absolute necessity before flooring is installed.

Measuring moisture content in concrete slabs isn’t the same as it is for other materials, such as wood. Testing for moisture in a concrete slab requires a different type of investigation and obtaining different measurements.

How Moisture is Accurately Measured in Concrete Slabs

Measuring for moisture in concrete slabs -- whether it’s one that’s brand new or was put in decades ago -- is a misnomer of sorts. While it’s certainly possible to determine whether a concrete surface is wet or dry using a moisture meter, those readings are only a representative estimate of the moisture present within the concrete.

The best -- and most accurate -- concrete moisture meter isn’t actually a moisture meter. A hygrometer is the optimal tool as it measures relative humidity (RH) to gauge moisture within the concrete.

Why is concrete relative humidity testing the preferred method for concrete slabs?

Moisture meters rely on electrical conductivity and generally do not measure more than ¾ inch below the surface. As concrete’s electrical properties are varied and do not change just because of the presence of moisture it makes moisture meters useful for guidance measurements only.

Equilibrium relative humidity is a test method that has been in use for over 30 years and with many global standards in place. The ERH method measures the amount of free water in the concrete at depth and the base conductivity of the concrete does not affect the reading.

Though hard when cured, concrete is porous. Moisture is able to travel through it if the vapor barrier underneath is ineffective. What’s more, water is one of the main ingredients in making concrete. If the concrete’s moisture level hasn’t equilibrated to the environment around it during curing, excess moisture may not fully escape as it cures.

Tests conducted in the 1990s at the Technical University of Lund in Sweden confirmed that moisture moves from deep within a concrete slab to the surface at a gradient. In other words, moisture in a concrete slab isn’t always the same throughout.

On the accuracy front, just as concrete moisture content is influenced by moisture permeating from below, its surface-level moisture is directly influenced by the surrounding environment. A humid or wet environment will likely cause false or inaccurate readings of a concrete slab’s moisture when taken at surface level.

RH probes inserted into a concrete slab (in situ testing) provide the most reliable and precise measurements of moisture within a slab, as readings come from within.

Side Note: The Technical University of Lund in Sweden’s tests lead to the creation of the  ASTM F-2170, the standard for measuring RH in concrete slabs.

Though more labor-intensive and longer, testing relative humidity in concrete floor slabs is a straightforward process.

After identifying an area of concern within a concrete slab, follow these steps -- which are in accordance with ASTM F-2170 -- to test RH:

Resource: Check out our MMS2 Flooring Kit in action while testing a concrete slab’s relative humidity:

While the surface of a concrete slab may test as wet or dry with a standard moisture meter, the readings don’t go much deeper into the actual moisture conditions as in situ testing does.

Moisture meters -- primarily, pinless -- still have a place in checking for moisture coming up through concrete slabs. During an initial inspection, moisture meters are a valuable tool in locating areas within a concrete slab that require further investigation.

Taking non-invasive readings with radio frequencies, a pinless moisture meter gauges moisture presence in a material within its depth of measurement. For concrete slabs, pinless meters allow an inspector to quickly locate areas that contain more moisture than others. Their readings can be confirmed with in situ RH testing.

While pin-type meter readings are for actual moisture content within a material, the depth of measurement doesn’t go much beyond surface level. What’s more, a pin-type meter’s probes aren’t meant to be driven into hard substances such as concrete, as attempts to break the surface cause damage that may affect accuracy.

Like most other materials comprising a building, concrete isn’t immune to moisture issues.

Testing for moisture within a concrete slab is distinctly different than taking measurements in other materials with a traditional moisture meter. However, like checking wood subflooring for moisture, an accurate diagnosis of moisture in concrete slabs serves the same purpose: stopping moisture from causing irreparable and expensive damage.

Our HygroMaster Flooring is your go-to for testing concrete slabs’ relative humidity. Explore the kit:

A wooden door suddenly sticking to its frame.

What to Look for in the Best Moisture Meters for Restoration

Whether it’s caused by a hurricane, flood, or leaky pipe, excessive moisture inside any building...

There are some tools that seem like they’re just meant to be together.