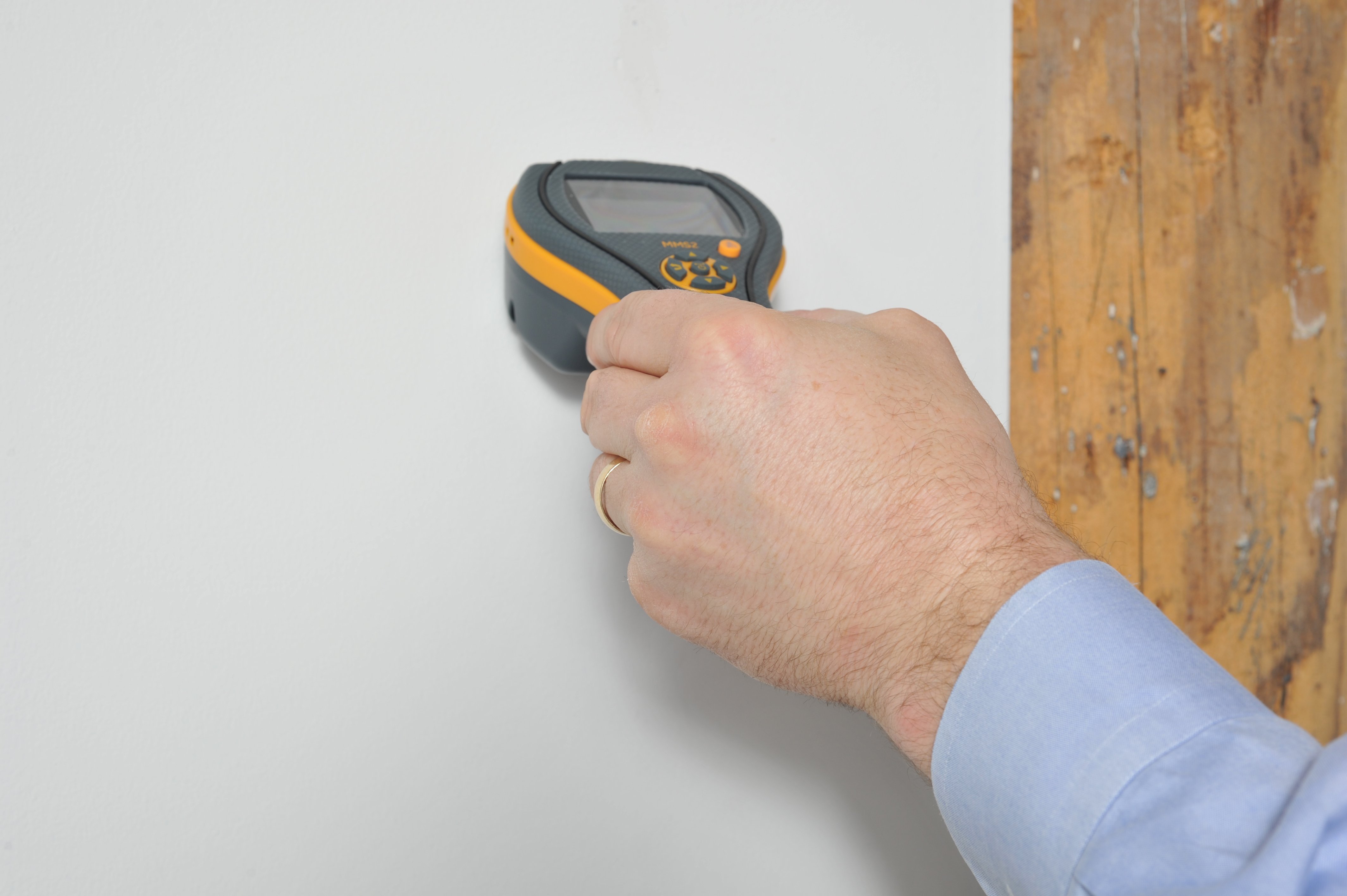 Moisture has an uncanny way of getting into places it shouldn’t.

This is especially true in homes and their walls.

A moisture issue in a basement floor can affect the walls in other parts of a house -- from those in direct contact with the floor to the walls in upper-level floors. The same goes for exterior walls -- a compromised wall on a home’s outside can allow moisture to make its way inside.

Testing for moisture and the extent of its presence in a home’s walls may seem like a job that requires making a bit of a mess -- maybe some light demolition?

Home moisture inspections aren’t rip-and-tear operations. With the right equipment and know-how, testing for moisture in the walls of a home shouldn’t cause any damage. Aside from your report, there really shouldn’t be any evidence of your inspection upon its completion.

Testing for Moisture in Walls Without Causing Damage

Whether you’re testing walls made of sheetrock, plaster, concrete, or even brick, the average home moisture inspection is a damage-free event.

For home inspectors, the two most valuable damage-free tools for testing walls for moisture are what you should have on-hand already: a pinless moisture meter and a pin-type moisture meter.

Pinless moisture meters make it easy to test for moisture in walls without so much as a scratch. Unless you’re using brute force and ramming the device into the wall being tested, it’s almost impossible to cause damage with a pinless moisture meter. That’s because all pinless readings are taken at surface level. And that’s why they’re considered a non-invasive moisture meter.

Using radio frequencies, pinless meters detect dampness by assessing the average moisture of a material within its depth of measurement.

Pinless moisture meters are primarily meant to help confirm the presence of moisture within a material or space. They also help you locate its source -- even in spots that are tricky to access, such as:

When looking at a pin-type meter, you might think it’s inevitable it’ll cause at least a little damage during a home moisture survey.

But that’s far from the truth.

Despite having pointed metal probes (pins) protruding from the device, pin-type meters should leave nothing beyond barely noticeable marks on a wall -- when used properly.

When testing a wall for moisture with a pin-type meter, there’s no need to jam its pins into the surface. Rather, all that’s required is to touch the probes to the surface of the material being inspected. The meter will take care of the rest and only leave slight indentations on certain wall materials where the probes made contact.

Can Testing for Moisture in Walls Cause Damage?

Yes, but not just because of carelessness or a deliberate act of vandalism.

Certain accessories for pin-type meters do leave holes that’ll require repairs. Attachments like hammer probes and deep wall probes are designed to take moisture readings far beyond surface level. Taking accurate readings with either requires putting holes -- about ½ to ¾ of an inch apart -- into a material.

The important thing to remember is that these accessories are not the first tool used in a moisture inspection. They’re only brought out when a home moisture survey requires it -- for example, when you’re trying to gauge the extent of moisture in a thick wall after an initial inspection.

That’s easy. If you’re searching for the best moisture meter for drywall, or brick, or even concrete that won’t cause damage, look no further than both a pinless and a pin-type meter in-tandem. Used correctly, both meters allow you to not only identify and confirm where moisture is in a wall, but also the extent of its presence -- damage free.

Protimeter has a wide variety of non-invasive and pin-type moisture meters that make it easy to complete thorough and damage-free home moisture inspections. Browse our catalog:

Be it a commercial space or a home, there’s nothing pretty about flood damage inside a building.

In some respects, a professional moisture meter is a counterpart of sorts for home inspections or...