[Checklist] What to Include in Your Flood Damage Report 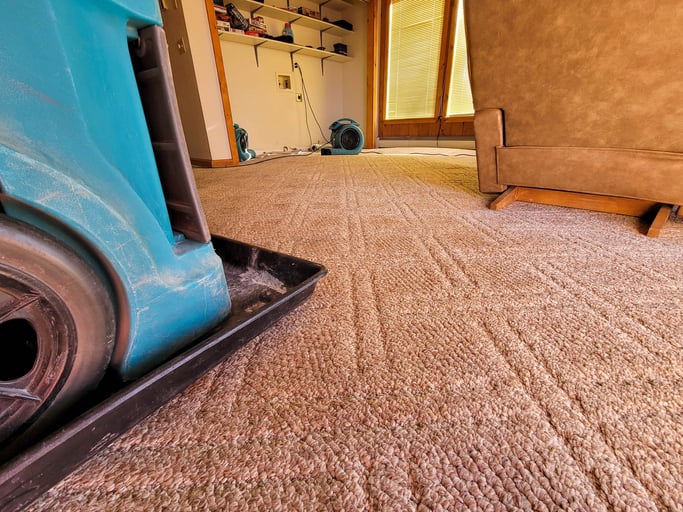 For a building owner – be it a home or commercial property – one of the worst and most damaging events to a structure is a flood of any magnitude.

Whether it’s from a deluge by a major storm or a decade-old pipe finally succumbing to corrosion, flood and water damage are rarely ever contained to a small area. What’s more, the extent of the damage is not always immediately obvious.

Among the first steps on the path to pre-flood conditions is assessing the extent of water and accompanying moisture intrusion. For insurance purposes, a thorough examination of a space – from top to bottom and everywhere in between – is often required for filing a claim.

While no two water damage assessment reports are the same, there are some common elements that are an absolute must and prove the completion of a comprehensive inspection.

5 Things to Include in a Flood Damage Moisture Inspection Report

The #1 most important thing for anyone contending with water or flood damage is understanding exactly “how bad” the damage is. The last thing a homeowner or building owner wants after such an event is to go back into recovery mode long after repair crews have left. Even worse is being unable to file an insurance claim that covers repairs and replacement.

For a flood damage restoration inspector, a final inspection report should absolutely include:

The first part of a water damage assessment is making an initial evaluation of the immediate area affected by flooding.

Your findings from a first review of the job site are fair game for an inspection report – and should be included. They set the stage for the rest of your moisture survey and the recovery work.

When conducting a visual inspection, note:

As a camera/smartphone is a smart investment for your toolkit, provide photographs of the inspection site in your final report. Pictures go a long way to eliminate any questions about your findings.

Digging deeper into a post-flood inspection, a hygrometer allows an inspector to broadly gauge moisture incursion.

Measuring ambient conditions – such as relative humidity (RH), specific humidity, and grains-per-pound – a hygrometer gives a rough approximation if there’s excessive moisture in a space. If readings are high, there’s a good chance a space has fallen victim to a moisture issue from a water damage event.

Included in a final report, a hygrometer’s measurements offer another window into the extent of water damage and the degree of an inspection.

Walk into any room impacted by a flood damage event, and some moisture is obvious (think: saturated walls and carpeting). However, not all moisture intrusions are apparent – sometimes moisture-impacted materials are hidden behind a wall or under a floor.

While not a restoration moisture meter, a thermal camera provides a view of potential moisture incursion otherwise not visible to the naked eye. Displaying a visual representation of temperature differences, a thermal camera can help an inspector zero in on areas in a space where moisture intrusion is likely. Spots that are cooler are a good indicator of moisture.

Like those taken during a visual inspection, images captured by a thermal camera are a good addition to a final report.

The most necessary element of a flood damage restoration inspection report is moisture meter readings.

For both the property owner and their insurance carrier, this information is invaluable in the water damage recovery process. Moisture meter measurements provide both quantifiable and qualifiable data about the extent of moisture present in a space after a flood or water damage event.

Compiling all other measurements taken during a flood and water damage moisture survey, as well as the observations from the initial visual inspection, an overall assessment of the job site gives the broadest indication of post-flood conditions.

Providing a rundown of findings during the inspection, the assessment is key for helping a property owner determine the extent of repair and recovery work needed. Remember: an overall assessment is only good as the data backing it up. The more thorough an assessment, the better suited the client is to move forward.

In addition to the readings and findings of a moisture investigation, an overall assessment should note:

Though flood and water damage to a building is often a tall order to recover from, a comprehensive inspection is key to starting that process.

For the property owner, it provides a means to truly understand exactly how bad a flooding event was and what it will take to remediate. It also helps streamline filing an insurance claim. For their insurer, a thorough report with supporting data and other forms of documentation provides clarity and a verifiable professional opinion on the event.

With various moisture readings, images, and an assessment, repairing flood and water damage after an event, moving forward becomes a little easier.

Download our free guide, “How to Measure Moisture in Buildings:”

In the world of flood damage restoration, a dependable and accurate moisture meter is an...

Being Ready for Flood Damage Restoration After a Disaster